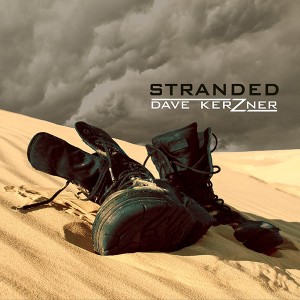 September 9th, 2014, Miami, Florida – Dave Kerzner, former member of the Progressive Rock band “Sound of Contact”, is gearing up for a late October release of his debut solo concept album, “New World”. The first single off the album, “Stranded”, has just been released as a digital download from iTunes®, Amazon®,  Google Play® and other on line stores. “Stranded” is a 10 minute “rock opera” comprised of 5 parts. It features Kerzner on vocals and keyboards with special guests Steve Hackett of Genesis, Durga McBroom of Pink Floyd, Nick D’Virgilio of Spocks Beard, Jason Scheff of Chicago and it was mixed by legendary engineer Tom Lord-Alge.

A shorter edited version called “Stranded Part 1 – Isolation” has been made as a “mainstream radio-friendly single” and will be available as a free download to anyone who signs up on the mailing list at davekerzner.com this month. Additionally, the full length album version will be made available through Kerzner’s bandcamp page: http://sonicelements.bandcamp.com/